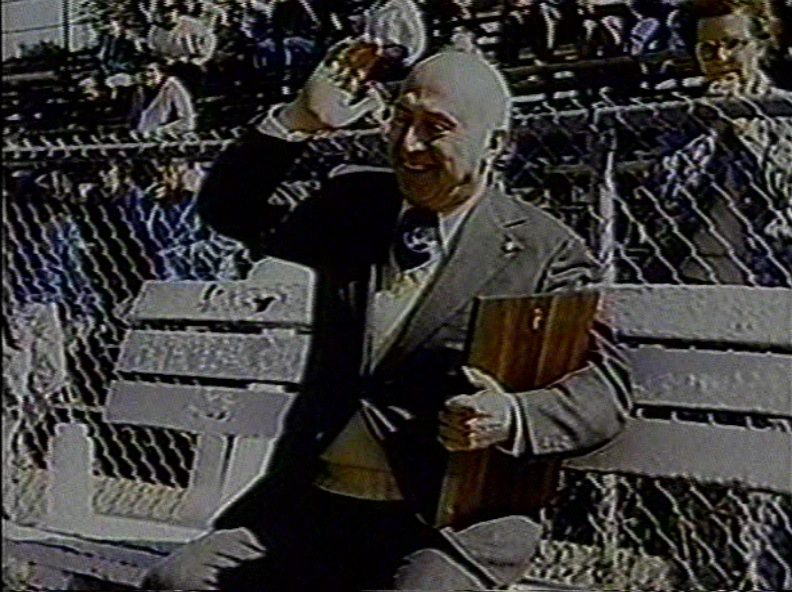 “Doc” Mastrangelo, simple put, is a Watertown legend. He has been on the sidelines of Watertown football games since 941 – and, amazingly, has never missed a game in the fifty seasons since. Though, it must be admitted that in 1954 he did arrive late, once, after the birth of his first grandchild.

Doc has not lacked for well-deserved recognition. In 1980 a plaque in his honor was placed at Victory Field; and in 1990, Mastrangelo Square came into being at the corner of Mt. Auburn and School Streets. But the Hall feels, with more than a little affection, that Watertown athletics have a special pride of place in this carrier. Nearly every athlete inducted or present this evening knows Doc – and while it hardly original to say so, to know him is to love him.

So the Hall is ecstatic to pay tribute today to a man who ha been a towering figure for so many in Watertown, not just to athletes, but also to the many hundred of families who have been touched in some way by his gentle healing touch, He has never ceased to serve his town when called whether it was for the Board of Health, Sons of Italy, or of course, Watertown High. Yet his standing has never gotten in the way of compassion, nor has his love of the people of Watertown ever diminished. The family doctor is a rare commodity these days, but it is something Doc Mastrangelo never ceased to be. We are grateful that we have known him. Thanks, Doc, for everything.